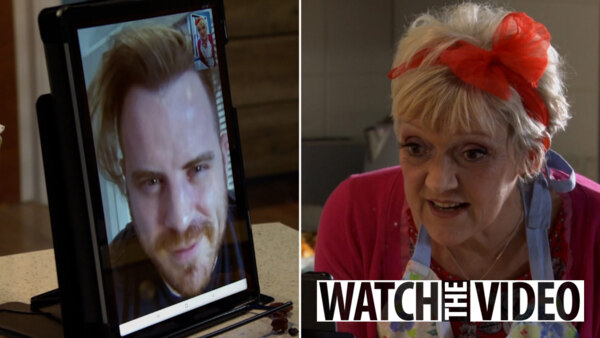 SIMON Gregson was questioned in the back of a police van after a bust-up with another bloke in a pub opposite the Grand National racecourse.

The Coronation Street soap star, was reportedly pinned to the ground by bouncers before officers arrived at the Toby Carvery.

He was pictured drinking Guinness in one of the Grand National’s luxury suites and had enjoyed hospitality with other celebs at Aintree Ladies Day on Friday.

A source told The Sunday Mirror: “There was a bust-up and bouncers kicked him out – they pinned him to the ground before the police arrived.

“He was taken to the police van and spoken to for some time. It was all very messy.”

Merseyside Police confirmed two men were involved in an altercation inside the Rocking Horse pub in Aintree, Liverpool, on Friday night. No injuries were reported and the victim did not make a formal complaint.

The news comes after The Sun on Sunday revealed how the ITV star, who earns £150,000 playing Steve McDonald, was asked to leave a bar after taking off his shirt and dancing topless on a platform at a co-star’s leaving do.

Read our soaps spoilers blog for the latest news and gossip…

Rich Individuals Paying Other Rich People Is Not a Climate “Option”

Will We Ever Get Our Internet Privacy Back? (Spoiler: Yes, If We Need It)