This in from NHL insider Frank Seravalli of The Daily Faceoff on Unrestricted Free Agent goalie Jack Campbell, and how the Toronto Maple Leafs might have him slip through their fingers:

“What’s going on with Jack Campbell?” Seravalli asked on his podcast. “They had an opportunity weeks ago to bring Jack Campbell back. Jack Campbell was probably in a spot like, ‘Hey, I’m a premier free agent that is out there on the market. If you don’t want to bring me back, well, that probably says a lot.’

Seravalli continued: “It feels like they kind of got into this spot last year with Zach Hyman, as well, that they circled back probably at the last moment to try and get something done and weren’t able to because there was some feelers that had been put out there in the market place. Remember how early the Zach Hyman deal was rumoured in Edmonton. Could a similar thing he happening with Jack Campbell this time around.”

Servalli’s speculation came as Sportsnet’s Elliotte Friedman, now the leading insider in the NHL, said about Campbell-to-the Oilers on his 32 Thoughts podcast: “Everything I’m hearing is that they’re the favourites for his (Campbell) services…I think we’d all be surprised if he wasn’t an Oiler.”

On Monday evening, the Leafs put an exclamation mark on Campbell signing elsewhere with their own acquisition of a new goalie, bringing in Matt Murray, a 2023 third-round pick, a 2024 seventh-round pick from the Ottawa Senators in return for future considerations. The Sens will retain 25 per cent of Murray’s contract, which has a cap hit of $6.25 per year for two years.

The deal brought some amount of scorn on the Leafs.

Said Mark Spector of Sportsnet: “Not sure I get how a goalie that has to have a 3rd, a 7th and 25% salary retention just to make a deal happen, is a guy who can back a Stanley Cup contender.”

And Matt Larkin of the Daily Faceoff: “I’ll put it this way: right now, the Matt Murray trade would actually make more sense to me if the medical due diligence was Toronto making sure he WAS hurt so he could be an LTIR stash. That’s how perplexed I am.”

And ESPN’s Greg Wyshynski: “As currently constituted, the Toronto Maple Leafs are like a top-of-the-line sports luxury vehicle with pie crusts for tires.” 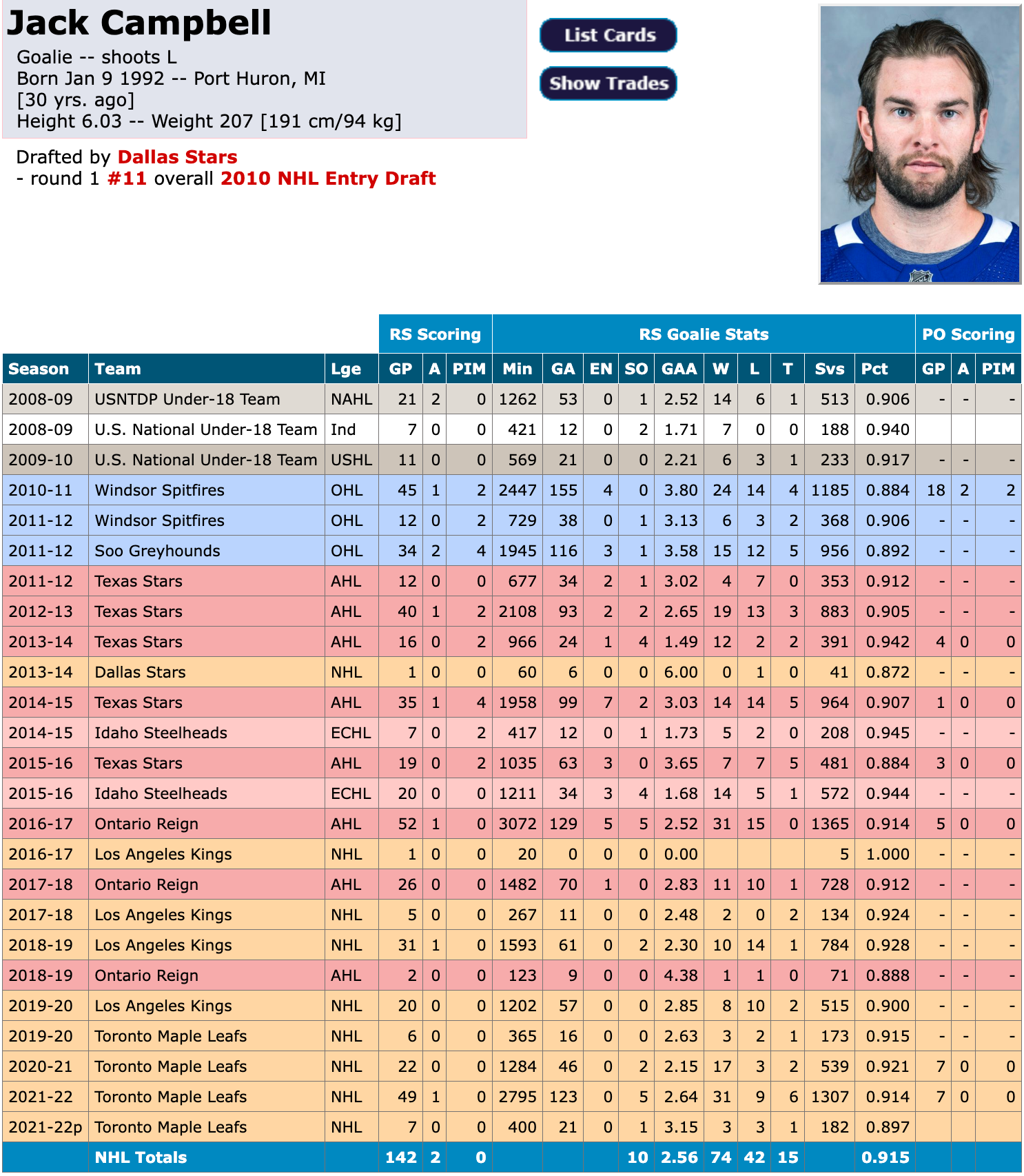 1. It’s entertaining to think that the loss and suffering of the Leafs might be to the benefit of the Oilers. But, in the end,  that’s just a side show. The real issue is a) whether Campbell is indeed coming to Edmonton b) what will be the term and cap hit and c) how might he be expected to perform as an Oiler.

2. On the first question, Friedman sums it up nicely, with the hockey world now expecting Campbell to end up in Edmonton. Here he will be lining alongside former Leafs like Zach Hyman and Cody Ceci. Both Hyman and Ceci made a huge splash in Edmonton in their first season. Hyman had his best year as an NHLer and came up huge for the Oilers in the playoffs. Ceci, who was little loved in Toronto, aced it for the Oil, working his way up until he was the team’s best d-man in the final months of the season and the playoffs, and all that on an NHL-average salary. His contract represented one of the best value propositions in the entire NHL.

3. On the second question, we hear an awful lot about five years of term at $5 million a season. Campbell is surely worth that high priced bet over two or three years, but things could go sideways if Stuart Skinner develops fast and exceeds Campbell’s play in the net. How will the Oilers find the money to pay for both goalies? This is why some in Toronto are OK with the Leafs going with Murray even if he’s an inferior bet for next season. His contract is up in two years, so the Leafs won’t be locked in long term like the Oilers will be with Campbell.

4. On the third question, Campbell has had a run of solid save percentages dating back to the 2016-17 season. He’s been a good AHL goalie since that time and a good NHL goalie as well, save for one 20 game stretch in Los Angeles in 2019-20 where he had a .900 save percentage. That got him traded to Toronto.

5. He’s had some struggles staying healthy, which means Stu Skinner is likely to see a fair amount of work this coming season. But Skinner looks ready to play 25 to 35 NHL games.

STAPLES: Did Toronto’s blunder with Jack Campbell deliver him to Edmonton?

STAPLES: Oilers gain edge with Evander Kane on the market

LEAVINS: A critical week upcoming for the Oil — 9 Things

McCURDY: The biggest addition for the Oilers at the draft was cap space

With Keystone XL back on rack, oilpatch pressure mounts on Trudeau and Trans Mountain

21 Pet Products From Amazon That Your Feathery Friend Will Love

The Killing That Set Off a ‘Race War’ in South Dakota